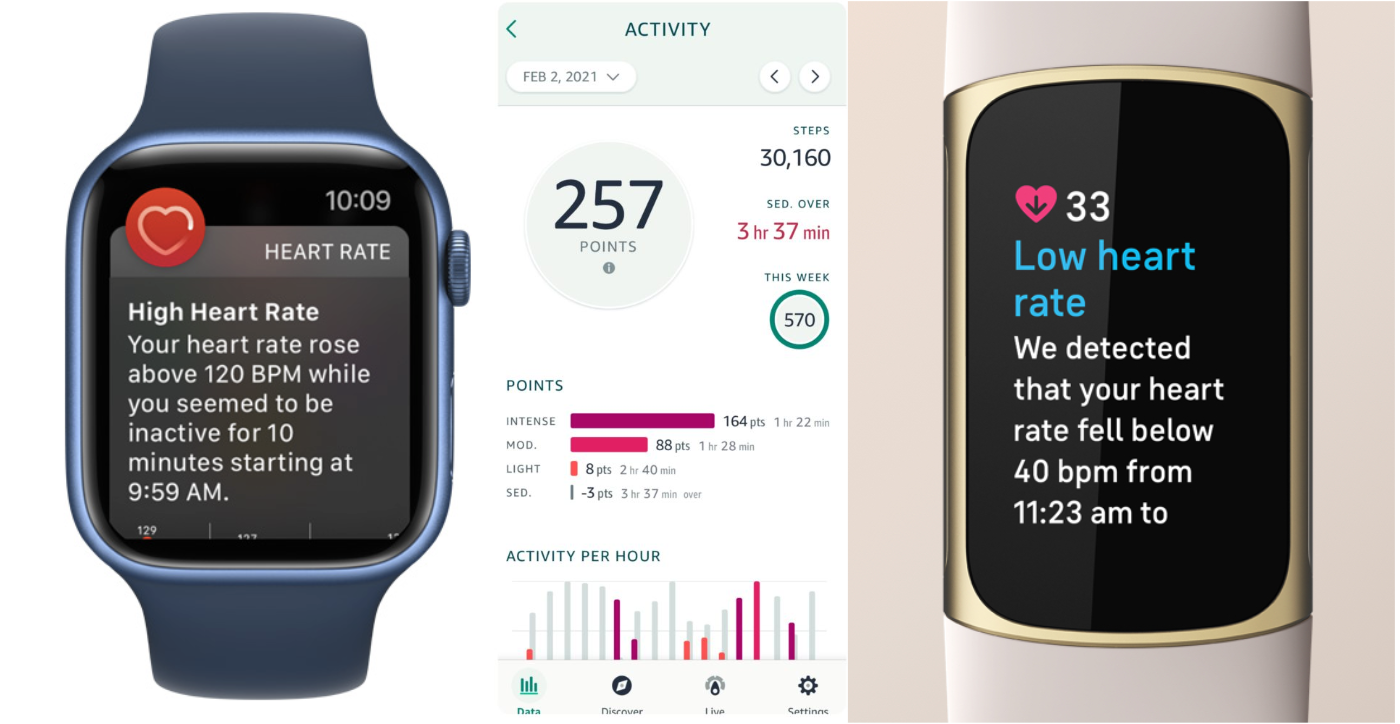 When it comes to popularizing new technologies, Apple is the clear leader. The Apple Watch was launched nearly 7 years ago and each iteration continues to get new features. Recent pushes have been to expand the health tracking abilities of the watch. This is clear in their marketing where the Apple watch is now billed as a complete heart health tool thanks new sensors.

The watch has long had a pulse sensor, but the addition of ECG and Atrial Fibrillation monitoring have taken another step.  The leader in the space, tracks everything. This coupled with Apple Health makes having a watch a great option for continued monitoring. With the ability to share information to Doctors and even first responders the benefits are fairly obvious. Gone are the days that a watch simply tells the time. Now they can call your doctor, call 911, or call a loved one.

Research into additional sensors will only continue Apple’s climb toward health management. Most of the additions to the watch have been incremental and no truly new tests have been added. The real way Apple has succeeded has been in miniaturizing sensors in order to get them on a watch. That and ensuring the the user interface is clean and accessible have helped them turn what used to require a doctor or even hospital into everyday readings for ordinary folks.

Fitbit is one of the other major players in the space. A few years ago they were bought by Google, making them the obvious choice for Android integration. Coupled with a large existing user base they are still one of the dominant players. Tracking steps has become synonymous with a Fitbit in the same way Kleenex is with tissues.

Fitbit offers the same sensors that an Apple Watch does, both pulse and O2 monitors. Many of their devices also offer less overall features than Apple, which is actually a benefit. The more refined use case means that the battery life can be substantially longer. With the potential battery of up to 10 days, Fitbit begins to take the lead when it comes to all the time monitoring. This includes things like tracking sleep, a major contributor to wellness.

The price point of most Fitbit also allows them to be super competitive. By putting similar sensors on your wrist for less they can focus on the software backend to get insights from data. Many companies have adopted Fitbit as a partner and it is not uncommon to see the be the give away from HR. No doubt, when an HR department tries to setup an office wellness challenge for employees having an easy to manage low cost device thrown in for free will help with participation.

Programs like Fitbit care show how they continue to push into wellness. This platform is designed for both medical providers and group organizers. The amazing development is what devices like this can do in aggregate. Managing a population level health, while having security concerns, has potential to impact public health. Unique applications of this have been shown in things like the aggregate results Fitbit saw in a geographic region during major events like the 2018 earthquake in San Francisco.

Amazon Halo – Working to compete against Fitbit and Apple Watch

Late to the party, but not to be counted out, was Amazon. The corporate behemoth that is known now for pumping out various devices like FireTV and Echo finally released their Amazon Halo and Amazon Halo view bands. Similar to Fitbit these devices are more narrowly focused on tracking step counts, movement, and heart rate.

As it plays catchup one of the core issues is the accuracy of the device, for everything from steps to how it tracks body mass and sleep schedules. Each of the wearables mentioned here has similar issues. Any time you put a medical device in an average consumer hand there is risk that something does not go perfectly. This is no fault of the users, who has been trained that devices are intuitive and easy to use. Thankfully as the major companies continue their push into the space they have the R&D deep pockets as well as the consumer reach to really work out some of these challenges. That is different than for smaller upstarts.

Expanding beyond step tracking and simple wearables is next. Devices like Lumen for metabolism tracking and at-home health kits already exist. Vessel Health, a review of which shows how they monitor health using urinalysis, showcases how things are evolving. While integrating steps and fitness through device linking these apps integrate more.

Data comes from all areas and there is much left unmeasured in wellness. With the development of low cost bluetooth chips the device expansion races are underway. Already you can measure your pee, blood pressure, temperature, body mass, and more. For telemedicine this is a huge deal. Everything from helping diagnose kids ear infections to remote patient monitoring is under attack. This is great news if you want top quality care.