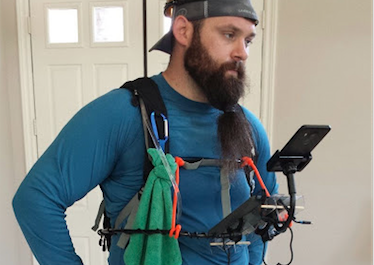 As someone who has helped launch numerous inventions and new products, I often get asked for advice when friends have a new idea. Typically the first thing I ask about is if there is a prototype in any form. This is a way to see if someone is serious about making something or if it’s just a fleeting idea. When my friend Ryan sent me a text that read

“I had an amazing product idea that could leverage the PokemonGo craze. Could be worth MILLION$, your brother loved it. You’re the first person I thought of.”

I responded with what should be a canned text for me:

“Is it just an idea or fleshed out?”

The next text brought things to a whole new level:

Note that the picture shows a backpack on the ground in a parking lot, but with a whole lot of attachments that are NOT standard. I’m fairly certain Ryan was actively wearing it, walking around hunting Pokemon like a boss, and whipped it off to snap a shot. Still though what he is showing here, towels and rubber bands and all, is the first step in any good design process. A working prototype of his idea for the ultimate Pokemon Go mobile gaming accessory, lovingly dubbed the PokePak 3.0 (technically he made two other versions that failed in various ways).

For those that do not know about PokemonGo it is an augmented reality game in which one of the ways you can level up (ie. hatch eggs) is by physically moving around. The accelerometer in a smartphone tracks if it is moving and the distance and scores that in the game. Some people have found ways to get their phone moving by attaching it to a fan blade or a bike tire, though both of those may be against the terms of service and considered cheating by the app developer Niantic. The intention of course is to physically explore the world and search for things by walking around, just as the characters in the Pokemon cartoon do.

Ryan is a serious player, and not one to break rules and risk getting banned, so he’s been out walking around a lot staring at his Google Nexus 5 hunting for those ‘mon. Running the PokemonGo app on the phone makes it hard to search out tips and tricks so he found it easier to carry a secondary device, a Google Nexus 7 tablet, on which he could browse forums and the web while still battling away on his phone. Of course walking around fully connected and browsing sucks the battery of both devices so he decided to throw in backup power for each setup in the form of dual Anker 20,000 mAh portable power packs. Carrying all of these stuff while power walking around southern California requires him to keep hydrated so he added in a 2L Sierra Nevada Hydration Pack.

That is more than my daughter weighed when she was born. He’s literally carrying the equivalent of a newborn human on his hunt for fictitious augmented reality monsters.

Hands free walking is the best way to allow for fast reactions and opportunities to interact with the game. That is why the hydration pack was preferred over a handheld water bottle. But more importantly he needed a way to be staring out the Nexus, while he had his hands on the phone, and still be moving around. That’s where the prototyping kicks in and my excitement over product development also steps up a notch.

Ryan had to tie this thing all together to manage the cables, free his hands and hold the devices. That required mounting of phone and tablet holders to the backpack straps and controlling the cables to avoid a messy tangle (that’s left to the beard). Here’s a shot of Ryan wearing the results:

After showing this picture around, and before sharing with the Reddit community, was when I got that initial text. Ryan wanted to know how to get his idea to the right people but after chatting it over we realized that what he really wanted to do was share his hard work. Not every item is designed to be a game changing product, and Ryan has a good job, so despite his excitement he realized it was not the idea that would make him quit and work on putting it into production full time.

Still though, the thought of crowdfunding a run of these has come up. If you are interested in getting a PokePak 3.0 we would be eager to hear from you in the comments. Given the right level of interest we can formalize some of this as a marketable one would need some unique designs to replace the mountain of epoxy holding stuff together.

For now the build instructions are shared below. All credit and thanks go to Ryan L. who put together this crazy contraption!

The PokePak 3.0 was designed to facilitate hours of consecutive active, outdoor, hands-free mobile game play. The platform is based on modular theory to handle a variety of device and game play setups.

The PokePak 3.0 system can be built in either one or two arm configurations. This write up will overview a two arm system but the build instructions will just focus on mounting a single arm, as the process is essentially the same.

All hardware can be found at a Home Depot of Lowes and exact sizing can vary. The connector pieces are one of the major opportunities for re-design if it is brought to the next level 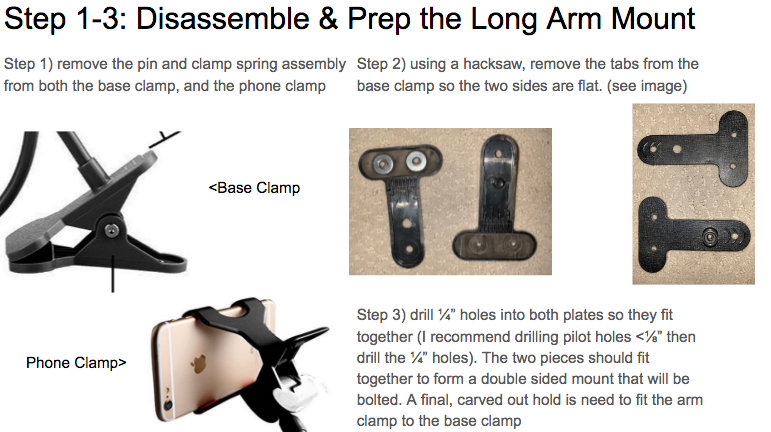 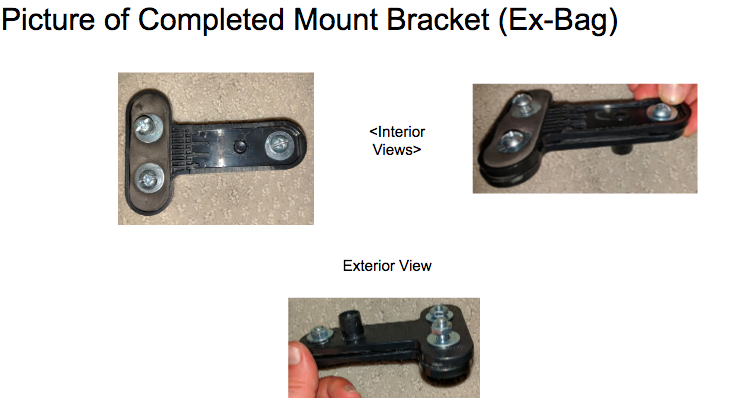 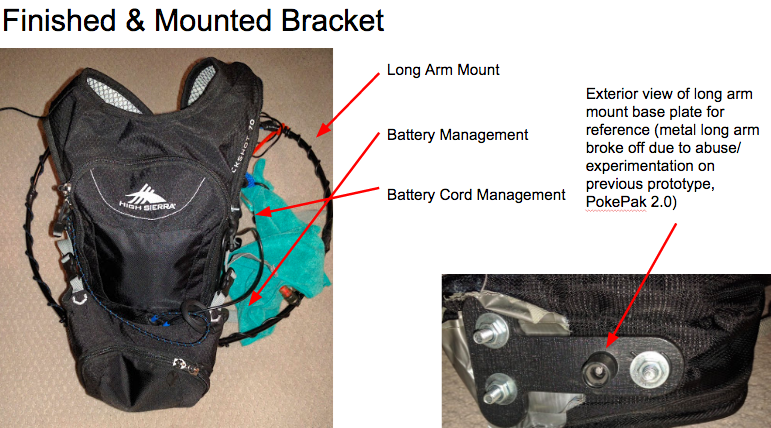 Want A PokePak of Your Own?

We are eager to hear feedback but if you want to get any updates regarding PokePak development, or be alerted if/when a crowd-funding campaign goes live let us know.

One thought on “The PokePak – A PokemonGo Players Ultimate Aid”